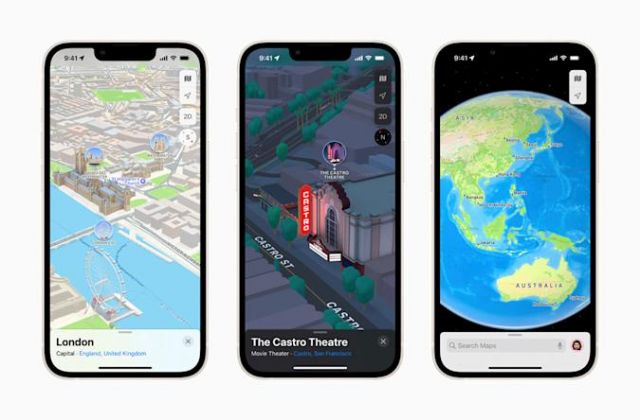 Amazon Event Recap. Here is everything that was announced at the Amazon Event last Tuesday. Among the products announced were the Halo View (wearable), Echo Show (smart display), and Astro (a robot… yes, a robot). You weren't aware of them holding an event, you say? Don't worry, you're not alone — it was invite-only. The above article includes a nifty announcement timeline and a "listen" option if you don't have time to read it.

Apple Maps… started rolling out 3D view for London, LA, NYC, and San Francisco (with screenshots!). Now, if only Apple Maps could reliable get me to the correct location (no joke, as recently as this weekend I was navigated to the wrong location in a city I didn't know for an event I could be late fore). The 3D rendering look cool, but yeah.

AR NASA. As a recruitment effort for the next generation of astronauts, NASA is combining the graphic novel format with AR and mobile to tell the story of the First Woman to land on the moon. As as the father of two girls who are growing up with tech and love to explore the world around them, I am here for it!

iPhone Revolution. And this changes everything. Not an article, per se, but the first episode in the new season of the podcast, Land of the Giants. Think of it as a 34 minute history lesson about the device that started this whole crazy industry of mobile apps. Because, let's face it, regardless of what platform you use, it's undeniable that the iPhone not only reshaped an industry, it reshaped the world we live in.

Foldable & More. This collection of articles from Android Developers will provide inspiration and guidance for anyone wanting to bring the app to the foldable market. There was too much goodness here to narrow it down to just one article (sorry about that). But believe me, it's worth poking around. More on foldables below.

From the desk of…

This week, I wanted to get back to the topic of tablets — the space where I currently live professionally. We previously covered the anemic documentation available for developers and designers alike. We also discussed the lack of quality examples in the wild, with the Android ecosystem lacking most of all. But what we haven't yet brought into the conversation is foldables. And this is where I'm hoping, at least on the Android side of the market where the foldable trail is currently being blazed, we will find a resurgence in support for tablet apps.

What leads me to believe this? Well, for starters, the Android Developers documentation has been updated to include foldables. If you were to open that link (and you probably should), you would also find links to documentation for the Microsoft Surface Duo and the Samsung Galaxy Z Fold3. To further familiarize yourself with the changing form factor, Android Developers point you to the Material Design section on Responsive UI. Where I'm going with this is, in the folio-style foldables like the Surface Duo and the Z Fold3, when the device is completely opened and the app is allowed to flex into Spanned-Full Screen mode, it essentially becomes a tablet app. And the foldables, which currently run on Android (not Chrome OS), look like they're here to stay.

This will only be solidified further when Apple finally decides to get into the foldable game, which I believe is only a matter of time. In the meantime, there's multitasking, which gets at similar ideas.

Sign up to get new posts delivered directly to your inbox!